Shoshanah Tarkow (she/her) is a theatre director and multimedia artist specializing in immersive experiences which lift poetic language off the page and champion untold feminist stories. To date, her work has incorporated projections and large-scale puppetry, augmented-reality and viral hashtags, virtual escape rooms and crowd-sourcing. The results range from intimate one-on-one micro performances to grand immersive installations. Most recently, Shoshanah served as Artistic Project Manager for Geffen Stayhouse's world premiere of Jared Mezzocchi's Someone Else's House. Her work has been presented at The Edinburgh Fringe Festival, The Kennedy Center American College Theatre Festival, New York University, The Assembly’s Deceleration Lab, Performing the World’s Biennial Conference, House of Yes, and Governor’s Island. In 2018 Shoshanah co-founded the immersive theatre company Like Fresh Skin where she currently serves as director and digital content curator. Shoshanah received her BFA in Theatre Studies from Adelphi University, and her MA in Performance Studies from New York University.

Fun fact: Shoshanah is one of the 0.01% of the global population to ever complete a full-length (140.6 mile) Ironman Triathlon (December 2019, Western Australia)!

END_OF_DOCUMENT_TOKEN_TO_BE_REPLACED 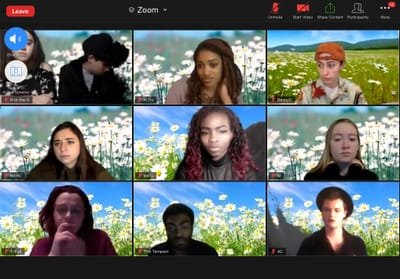 Staged entirely on Zoom, Too Solid Flesh is a contemporary cross-pollination of Shakespeare's Romeo & Juliet, Hamlet, & The Tempest 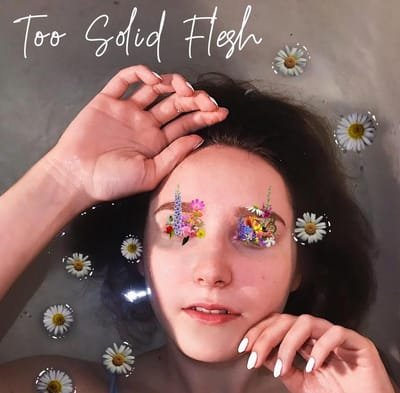 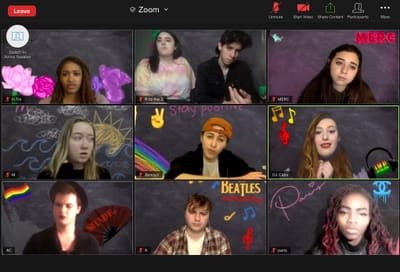 Too Solid Flesh could easily become a cult favorite!

If you seek escape, entertainment, raw reality and the wit of Shakespeare himself, this is the moment for you. We invite you on the journey that is Too Solid Flesh. 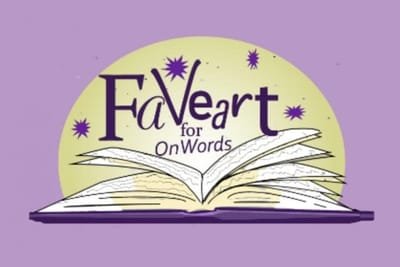 Picture this: With the help of established digital content curator and Adelphi alum Shoshanah Tarkow, two Adelphi University computer-science seniors have turned an interactive poetry project into its own augmented reality, complete with massive commercial and educational upsides. 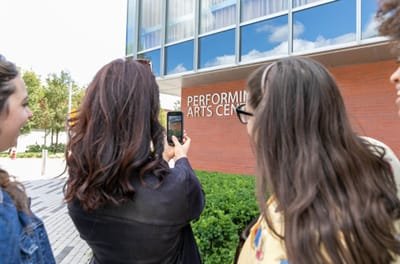 Shoshanah Tarkow is combining her love of poetry, immersive theater and technology to bring Walt Whitman's famous poetry to life at this year's Fall Arts Festival. 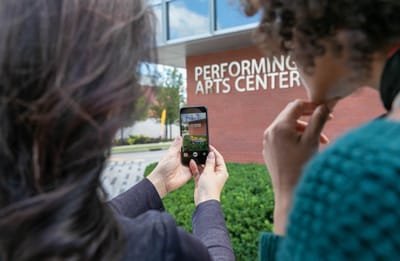 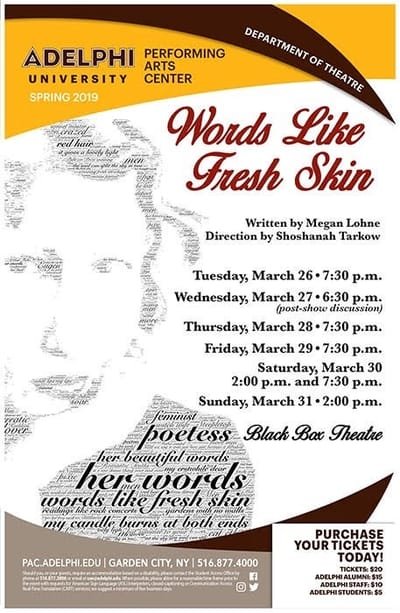 Words Like Fresh Skin: an Immersive Journey into the Life and Times of Poet Edna St. Vincent Millay

Staged as an interactive, immersive, and multi-sensory theatrical experience, Words Like Fresh Skin invites audiences to experience Millay’s world first-hand: follow Vincent from her childhood in Maine to her formative years at Vassar; attend a roaring ‘20s soirée as her guest and watch as she rises to stardom among America’s literati; experience her world and her poetry with all your senses! 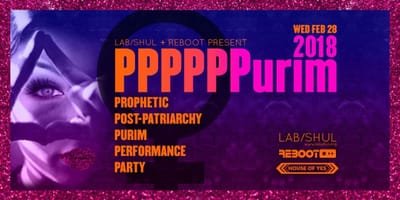